The FjordEco team in the square of Punta Arenas, Chile rubbing the toe of the Magellan statue for a smooth Drake Passage crossing. Photo credit: Andrew Zoechbauer

The FjordEco team is back for one final trip south to Antarctica to retrieve our gear deployed on our previous cruises in November-December 2015 and March-April 2016 (check out our archived posts for more info!), and to collect some additional data in Andvord Bay. We set sail from Punta Arenas, Chile aboard the ASRV Laurence M. Gould on February 14th into gorgeous weather. We have had a smooth crossing (so far) of the Drake Passage earning it the (temporary) nickname “Drake Lake”. Conditions aren’t always this calm, however. The Drake Passage can also be one of the roughest bodies of water in the world, boasting winds over 100 knots and seas of >50ft. Seasickness is a very real part of the sea-going oceanographer’s life. All of us onboard have swapped sea stories and shared the tricks of the trade for staying well during our 4-day transit. Some of those onboard will be experiencing their very first oceanographic cruise and have great resources from those who have spent years of their lives (literally) at sea!

The Drake Passage crossing is a great time for everyone onboard to become acquainted. One way to do this is to hold science talks in the lounge. Other less formal ways include evening movies, games, and socializing at meal times. During this 4-day transit, the science parties that will be working together for the next month aboard the ship also begin to plan shifts and work out details of how their goals will be accomplished. Part of these plans include how we all stay safe during our time onboard or when we need to go ashore. The crew holds safety meetings and orientations for the science party so we can become familiar with our new working spaces and be aware the hazards of working on an Antarctic research vessel.

Once we cross the Drake Passage, our vessel will arrive at Palmer Station on Anvers Island along the West Antarctic Peninsula. This is one of 3 research stations operated by the United States. There, we will deliver scientists who will be conducting research onshore for the next 3 months, as well as fresh food and science equipment like newly purchased Reinforced-Hull Inflatable Boats (RHIBs). Palmer Station relies on the Laurence M. Gould as a supply and transport vessel. Our cruise will also end with another stop at Palmer Station to pick up northbound scientists and cargo. 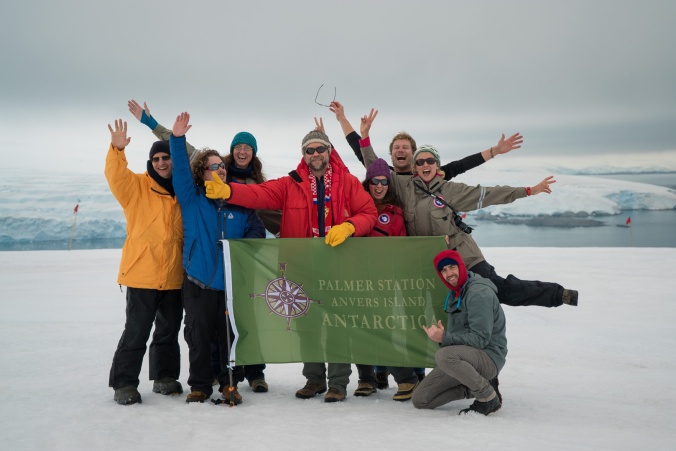 The FjordEco team up on a glacier at Palmer Station on the West Antarctica Peninsula. Photo credit: Andrew Zoechbauer

This year, the FjordEco team will be sharing our time aboard the Gould with 3 other science teams who are also retrieving samples and gear deployed all along the West Antarctic Peninsula. Ship time is expensive and therefore precious and very competitive to get, so to serve as many projects as possible, groups often sail together who are conducting similar operations and visiting similar locations. For us, this will be very different from our last 2 cruises in which we sampled around the clock for only one project. We will also not be collecting many sediment samples and no trawl samples (be sure to look back at those posts for more info on the gear and what we caught!). Instead, we will mainly be removing all Automated Weather Stations (AWS), glacier cameras, and moorings which we deployed last year. It is imperative that we retrieve this gear as all but the AWS self-store the data; if we don’t get them back, we don’t get any of the data they’ve collected since April and we lose the gear! This is a risk we must take to retrieve long-term datasets from the far reaches of the earth and depths of the oceans. 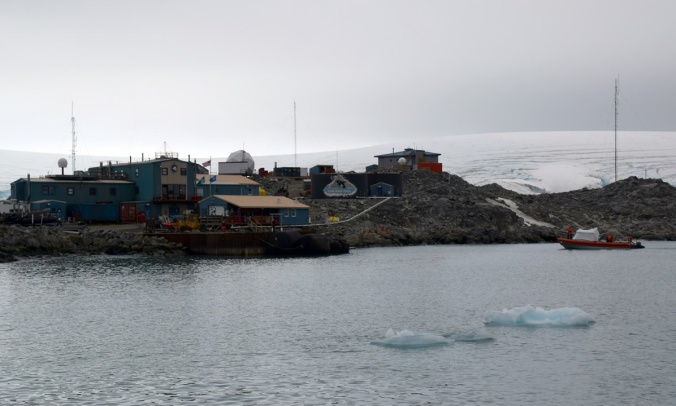 Keep posted as we sail farther south and bring you snapshots of our time aboard the Laurence M. Gould. Follow #FjordEco on Twitter and @FjordPhyto on Instagram too!